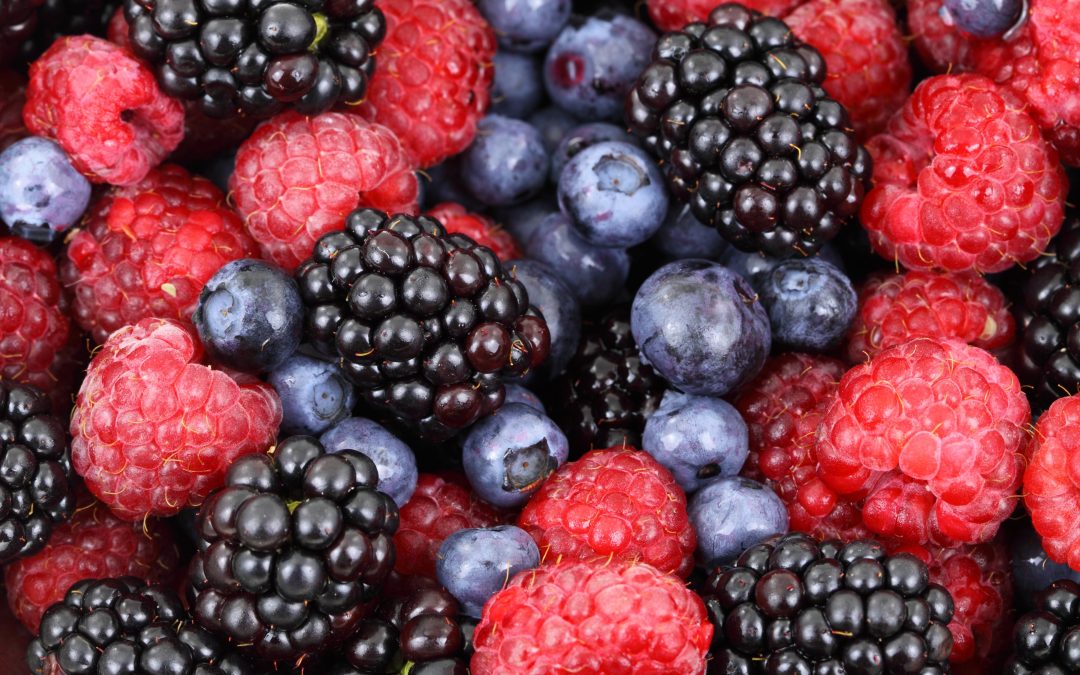 Antioxidants are just that: they fight (anti) oxidation.

The chemical process of oxidation is like rusting metal. A molecule loses electrons and creates the infamous free radicals.  Oxidation is also the reason why apples, bananas, and avocados go brown when the skin is broken, and they’re exposed to air – they’re getting oxidized.

But don’t think that all oxidation in the body is bad. It’s not. Your body naturally oxidizes compounds all the time when it’s doing healthy things like metabolizing nutrients or exercising.

As with many things in life and health, the key is maintaining a good balance. In this case, as the balance between oxidation and antioxidation.

We can throw off that balance with exposure to too much alcohol, smoking, or environmental pollutants. Even over-exercising or too much sun exposure can create too much oxidation.

The best sources of antioxidants to combat this effect are nutritious whole foods, like colorful fresh produce, e.g., blueberries, purple cabbage, etc. In fact, the more colorful and darker the plant is, the higher levels of antioxidants it usually has.  Chemicals that give the plants their deep colors are often the antioxidants themselves.

Let me list out a bunch of antioxidants and the foods they’re found in:

Blueberries are probably one of the most studied antioxidant foods. They contain a range of phytochemical (i.e., plant chemical) compounds and are very high in anthocyanins (the blue-colored compound).

The antioxidant capacity can be measured in a laboratory; this is called the “oxygen radical absorption capacity,” or “ORAC.” And blueberries have one of the highest ORAC levels.

FUN FACT: Some studies estimate that the highest source of antioxidants in the average American is not from berries, it’s from coffee! Can you imagine how much healthier people can be if they added a few more servings of antioxidant-rich fruits and vegetables to their days?

Many studies of antioxidant supplements haven’t shown any benefit against heart disease, cancer, or other diseases. And these are diseases that are known to be reduced in people who eat a lot of foods that are naturally full of antioxidants.

One of the reasons why we think that antioxidant foods work oh-so-much better than antioxidant supplements is because of synergy.   The concept of synergy means that by taking one component out of healthful food (i.e., the antioxidant), it loses the effect it has when combined with all the other healthy components it came with from nature. This is the difference between eating a whole orange and taking a vitamin C supplement. The orange is going to have more than just vitamin C, and many of those compounds will work together for overall health better than just isolating one and having higher-than-normal doses of it.

There are antioxidant vitamins (A, C & E) and other antioxidants like carotenoids and polyphenols. They’re highest in colorful fruits and vegetables, nuts and seeds, some meats, tea, coffee, and cocoa.

You can’t replace a diet full of nutrient-dense antioxidant-rich whole foods with supplements. So stick with the foods.

Which antioxidant-rich foods and drinks are your favorites? Let me know in the comments below.

Place all ingredients in a blender. Blend until smooth.
Serve & enjoy!

Tip: Use any greens you have on hand in place of the spinach, if you wish.